The spark returns to Cragside 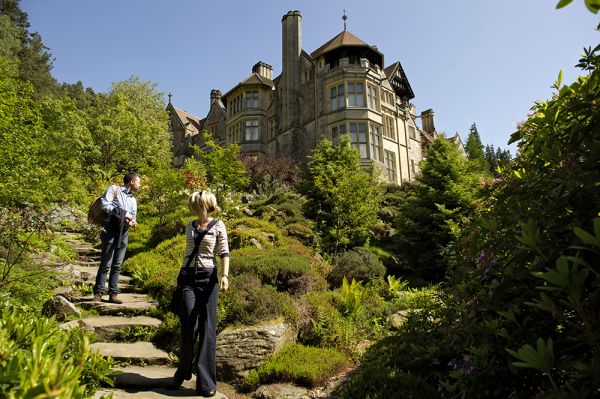 This July, a new interactive experience is set to bring the spirit of invention back to life at the National Trust’s Cragside, as Lord Armstrong’s Electrical Room opens its doors.

Once a hive of experimental activity, Lord Armstrong’s Electrical Room is where he indulged his lifelong fascination with electricity. This summer, the space will be open to the public after undergoing careful conservation in recent years to restore the fabric of the room.

The air will once again crackle with excitement and invention as new installations and interactive interpretation bring Armstrong’s experiments back to life, returning the spark to Cragside after 120 years.

Tucked away in a specially built space, the Electrical Room is where Armstrong would spend the last few years of his life exploring and photographing electrical discharges.

The Electrical Room was one of the last rooms to be built at Cragside, sitting in the extension which Armstrong commissioned in 1895. It was a purpose built, private space where, together with Professor Henry Stroud, he undertook research into high tension electricity.

Nestled amongst items of scientific curiosity, the new installations will give visitors a glimpse into what might have gone on in Armstrong’s secret laboratory.

To help bring the spark back to Cragside, the National Trust worked in partnership with Mdesign, a creative projects company based in Tiverton, Devon.

Founded by Philip D. Moore and Cath Hill in 1996, Mdesign have been delivering a wide variety of art and design based projects for a range of clients, and previously created the exciting “Saving Castle Drogo” project for the National Trust in 2014.

Philip D. Moore, Mdesign, explains: “The new presentation of the Electrical Room draws on the parallel evolution of Victorian Magic and Science.”

“During the 1800’s there was a deep fascination with science, but also magic. Many inventors and scientists were being called magicians and many magicians were using science to produce ever impossible illusions.”

“Both sensational illusions and demonstrations of the most recent scientific developments were presented to the Victorian public with great theatre and showmanship. The Electrical Room captures this, to tell the story of the scientific wizardry of Armstrong – the magician of the North”

The re-imagination of the Electrical Room forms part of a wider project to bring Armstrong’s story to life at Cragside.

The Electrical Room is the second project in recent years which tells the story of hydroelectricity at Cragside, following the installation of the Archimedes Screw in 2014 – which allows Cragside to once again generate electricity through kinetic energy and water power.

Andrew Sawyer, Cragside’s conservation manager enthused: “I love the fact the Electrical Room is tucked away at the very back of the house, beyond all the opulence of the living spaces - almost built into the very crag of Cragside which immediately gives it a sense of separateness and mystery.”

“It seems like a secret place, a scientific retreat from the rest of the world, a peep beyond the door would have revealed scenes of unimaginable electrical experimentation with Lord Armstrong at the centre of it all. It’s really exciting to see this return to Cragside!”

“We continue to experiment at Cragside and have brought the past to the present with our own bit of magical teleportation to enter the secret world of Lord Armstrong’s electrical experimentation today.”

Laura Knowles, visitor experience manager at Cragside explains: “There is no place quite like it on the whole estate, and we think it will really help to tell the story of Cragside”

“We hope visitors will enjoy seeing the re-conducted experiments, the same as those that Armstrong himself would have carried out in the exact same space - bringing the room to life once again.”

As well as the Electrical Room, there’s plenty for visitors to enjoy at Cragside this summer. Every day during the summer holidays there will be a different family event or activity to get involved with, including joining in with experiments every Thursday, storytelling on Mondays and 50 things activities on Fridays.